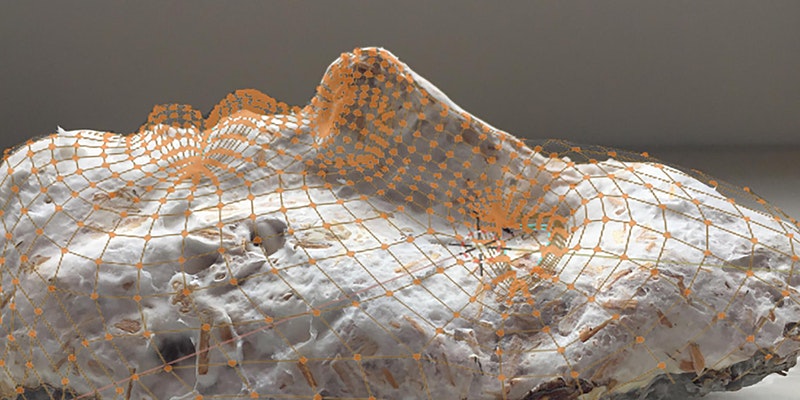 INCUBATOR Art Lab team members attended an InterAccess hosted virtual workshop titled Democratizing Mushroom Cultivation presented by artist Tosca Terán. The workshop invited participants to grow their own mushrooms from commonly found materials from boiled cardboard, store-bought mushrooms, and a sterilized container. Tosca also explored the potential uses of mycelium as a bio-material-- from its utility in structural engineering as a building material, its uses as a potential radiation shield in a geodesic dome for off-world colonization, its advances as a vegan replacement for leather, and a replacement for environmentally harmful products such as styrofoam.

The workshop also covered various contemporary methods to use mycelium in a bio-art context including using special 3D printed filament called GROWLAY in order to prepare a frame for the mushrooms to grow on, as well as recipes for sustainable substrates utilizing production waste (cacao husks, coffee grinds, hemp fiber, etc.). Tosca also covered various methods on how to effectively grow mycelium including various agar recipes, a tutorial on how to make a mycobrick, and various suppliers for DIY mushroom cultivation tools. 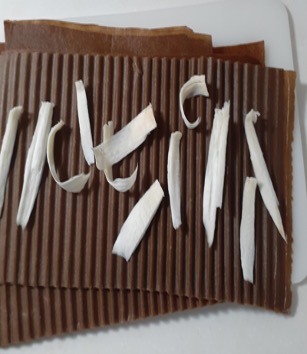 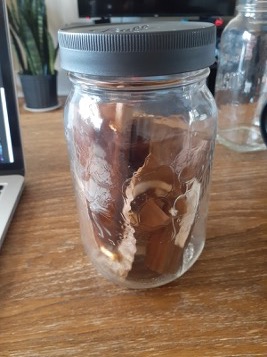 Tosca Terán is an interdisciplinary artist who works with technology and fungi to explore concepts of sentience, cohabitation, self-identity, and shared perspectives. Some of her past work involves human-nonhuman interaction. In Midnight Mushroom Music, Tosca explores bio sonification in which electrodes are connected to mushrooms in order to measure their electric signals which are then converted into music. Tosca noted that the mushrooms seem to respond to the visitors presence and change their music based on who was in the room with them. Another work, Samadhi: A State of Mycelial Oneness consists of a vacuum formed human face, the mold of which is filled with agar, which is then sterilized and then inoculated with mycelium. This work explores the links between human, technologic, and mycelial forms, and invites the participant to engage in non-human interaction with the mushroom.

InterAccess is a non-profit gallery, educational facility, production studio, and festival dedicated to emerging practices in art and technology. InterAccess hosts multiple exhibitions, a full curriculum of skill-building and critical theory workshops, and a broad range of discursive events that explore the impact of technology on the social, political and cultural aspects of contemporary life. 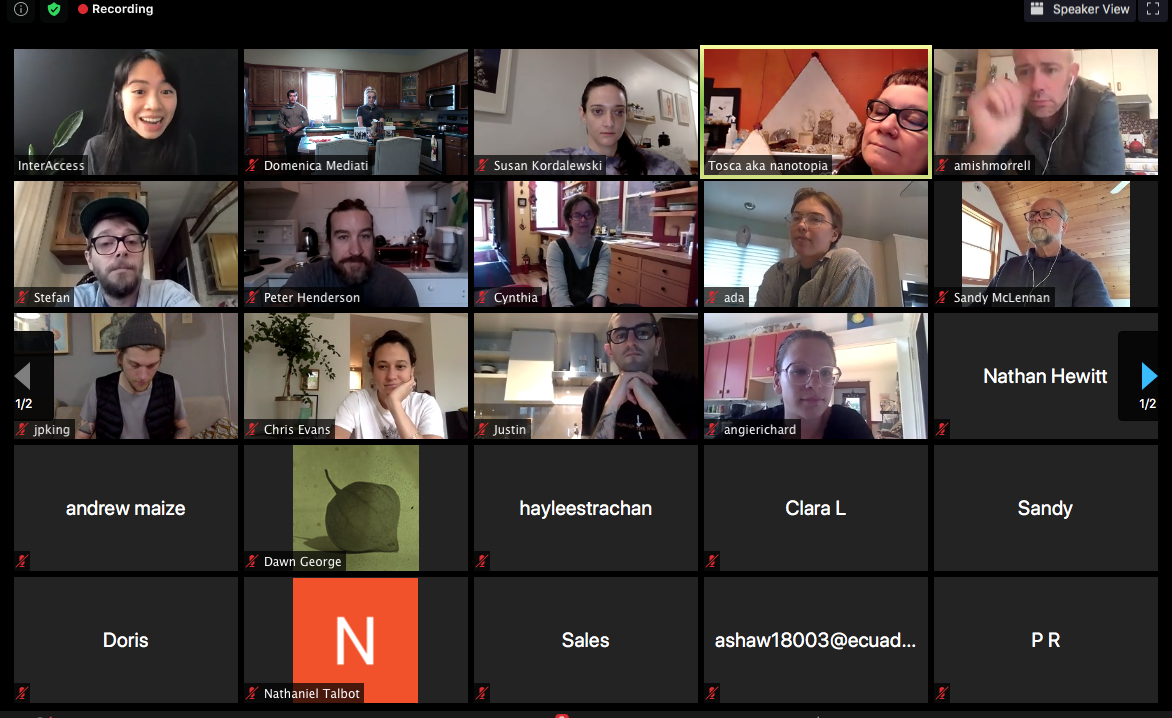 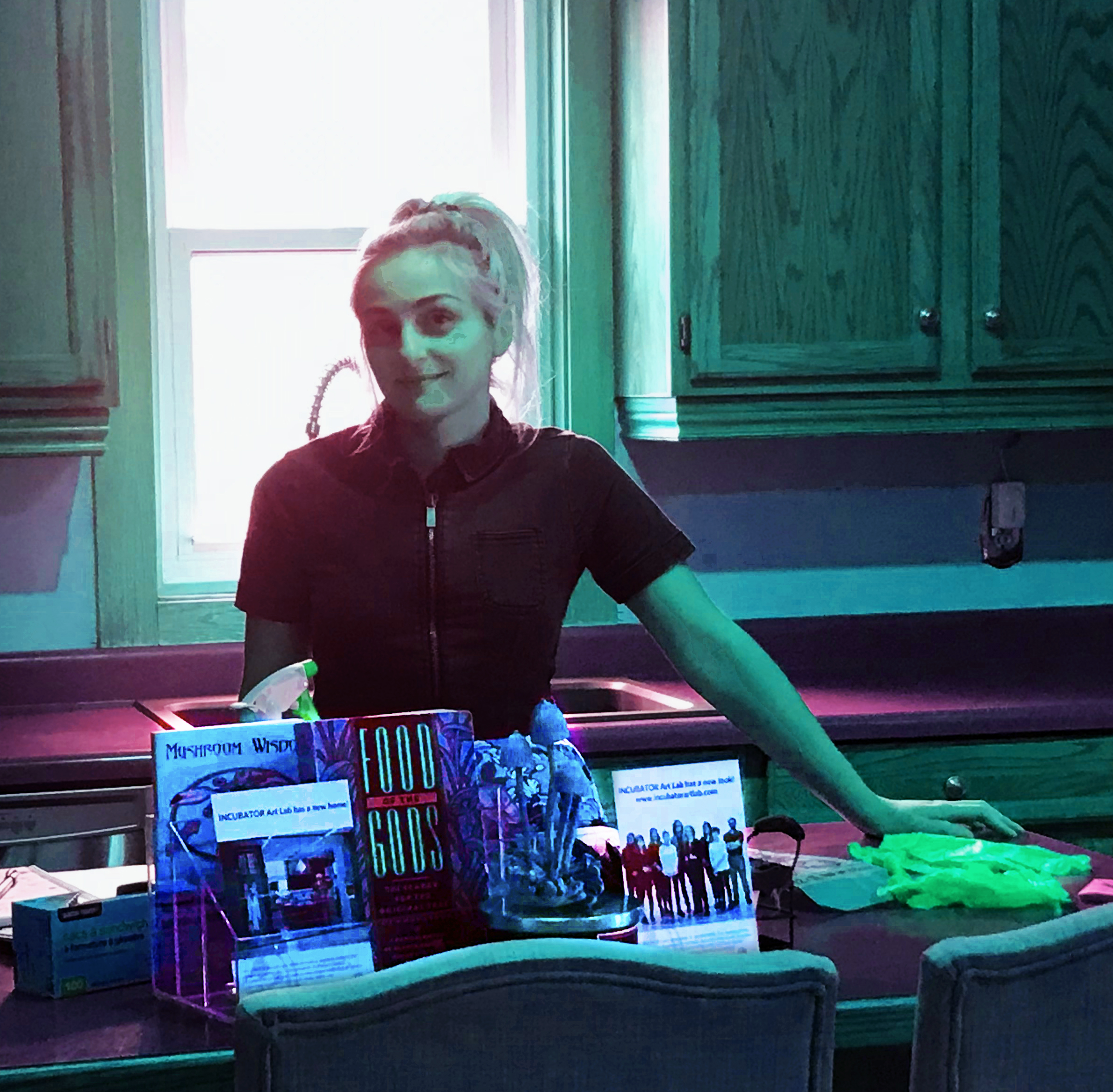