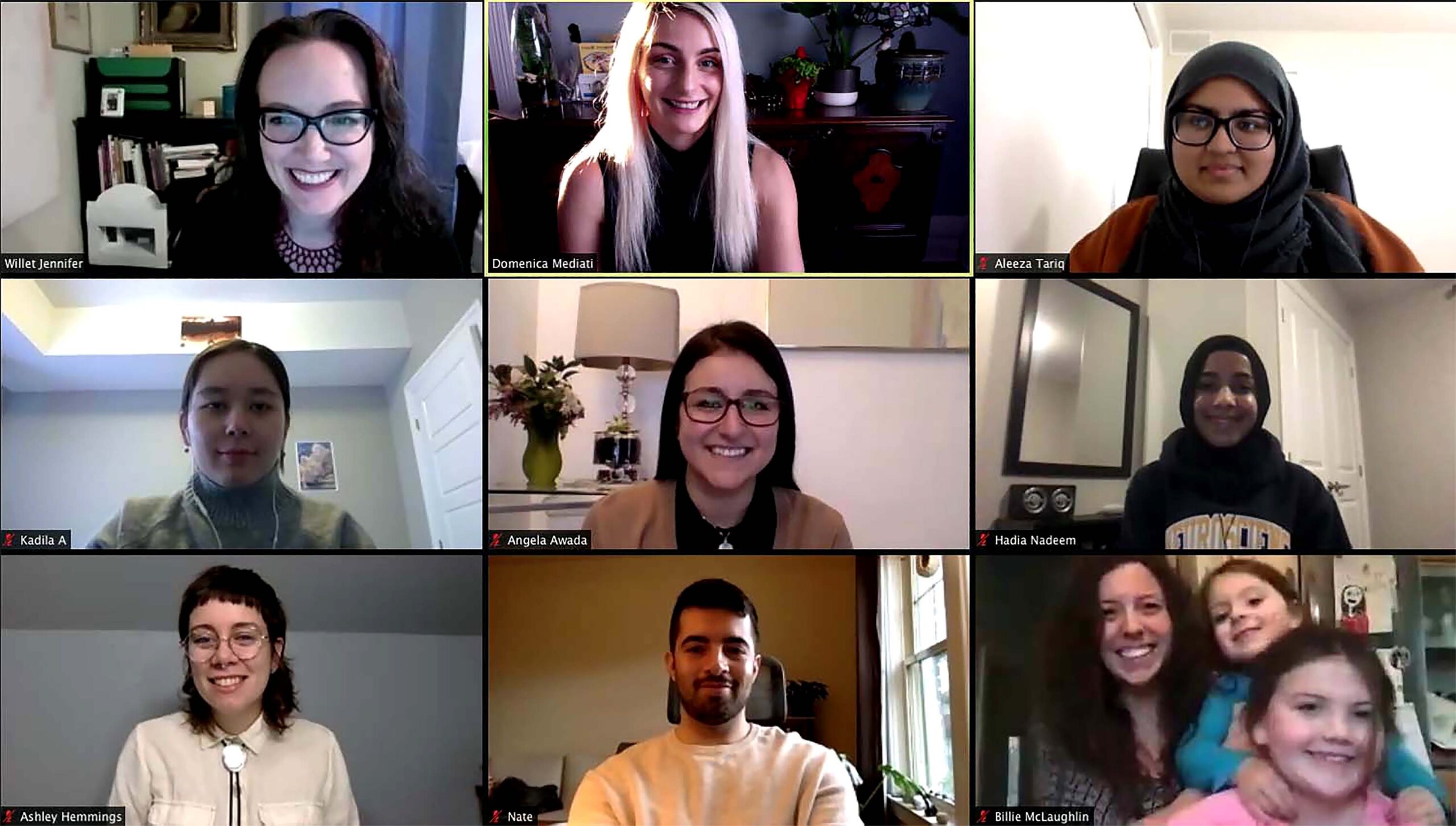 In 2009 she completed her PhD in the Interdisciplinary Humanities Program at Concordia University. She taught in Studio Arts at Concordia University (2000-2007) and at the Art and Genomics Centre at the University of Leiden (2008) in the Netherlands, and now works as an Associate Professor in the School of Creative Arts, at The University of Windsor. In 2009 she opened the first biological art lab in Canada, called INCUBATOR: Hybrid Laboratory at the Intersection of Art, Science, and Ecology. In January 2018 INCUBATOR art lab launched a new custom-built BSL2 facility that is both a functional biotech laboratory and a multi-media theatre and exhibition venue. In 2020 Willet will launch a parallel space INCUBATOR Studio, an artist studio, community engagement hub and BSL1 bioart facility. 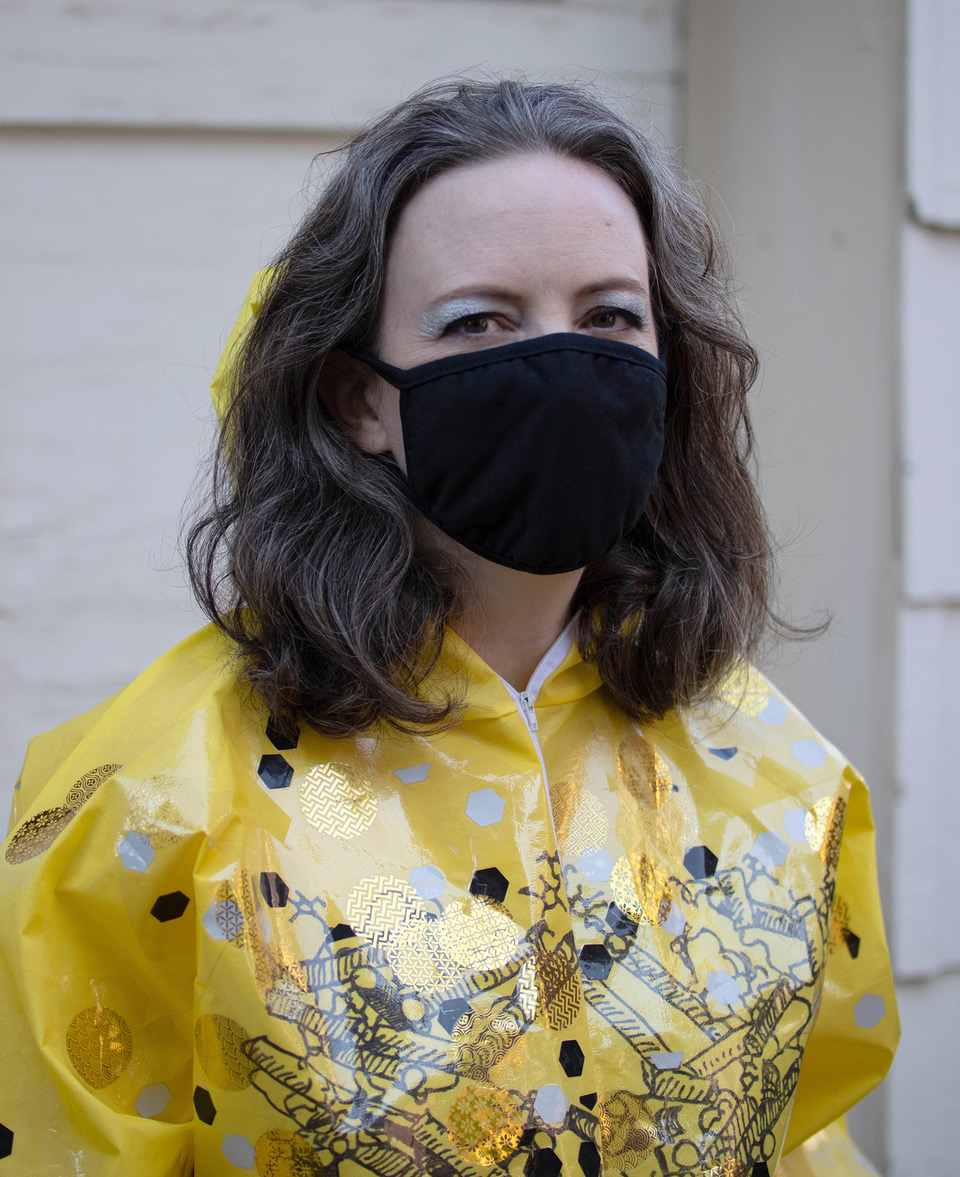 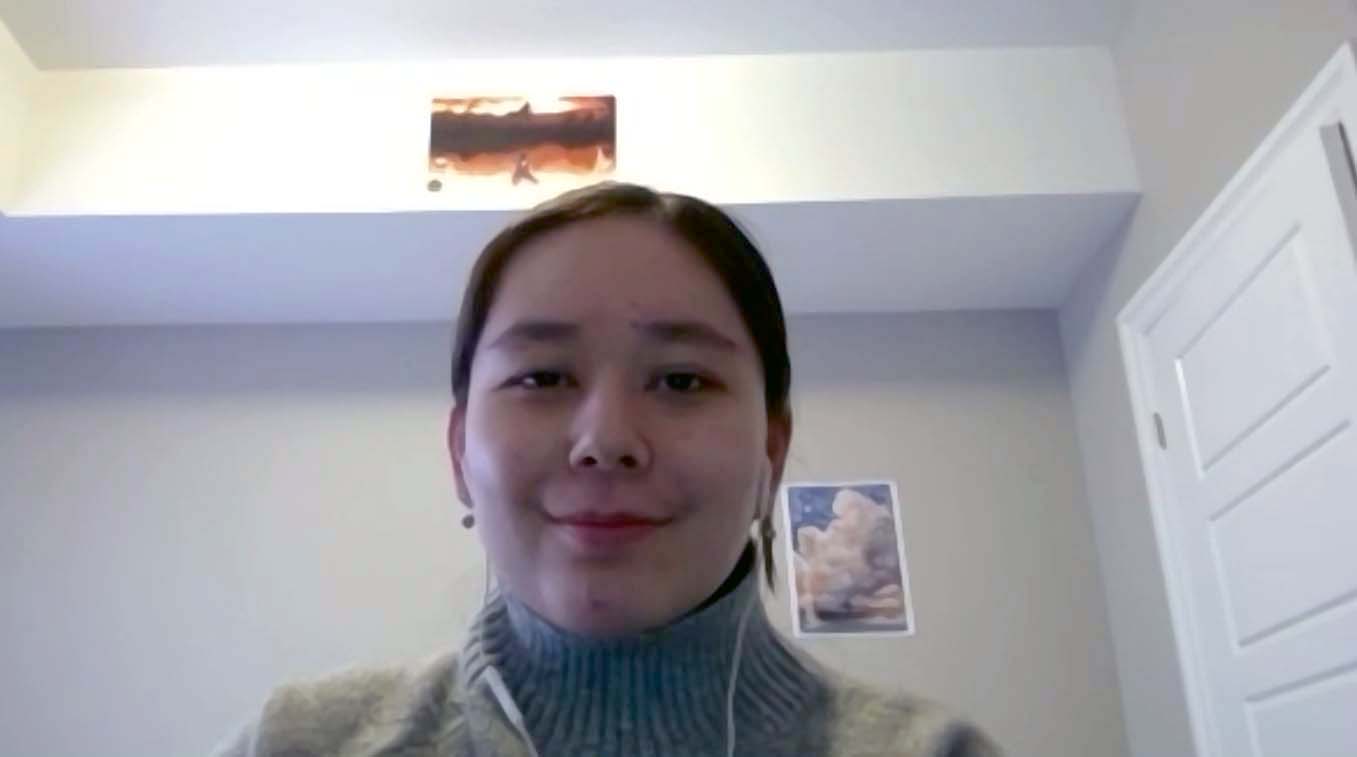 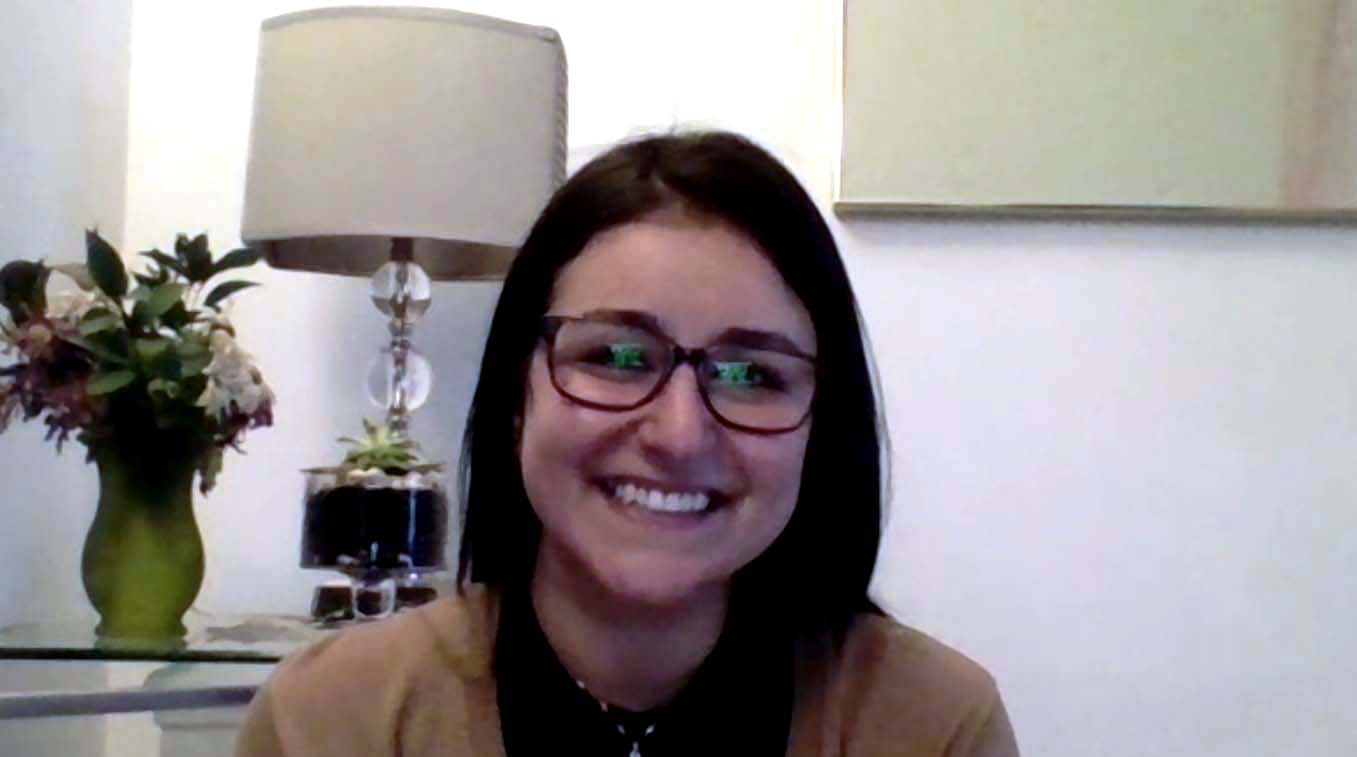 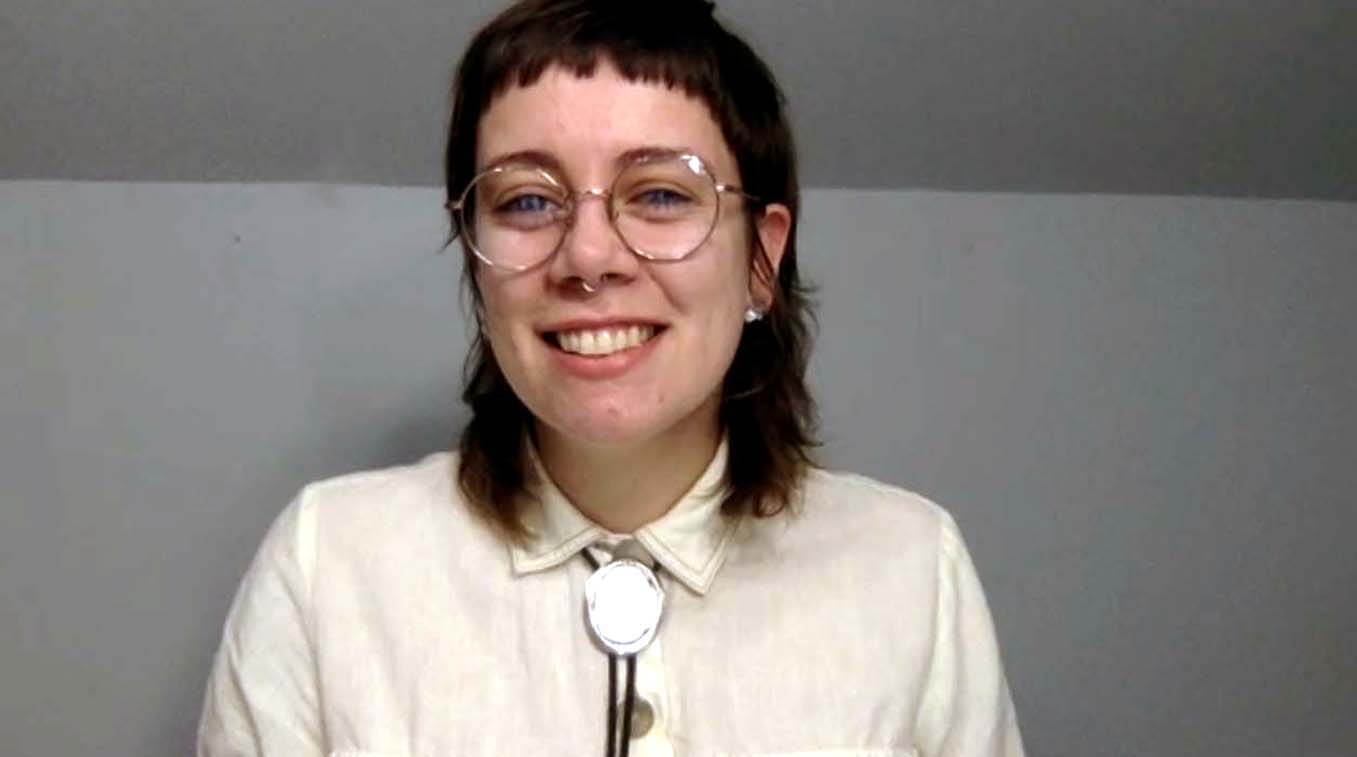 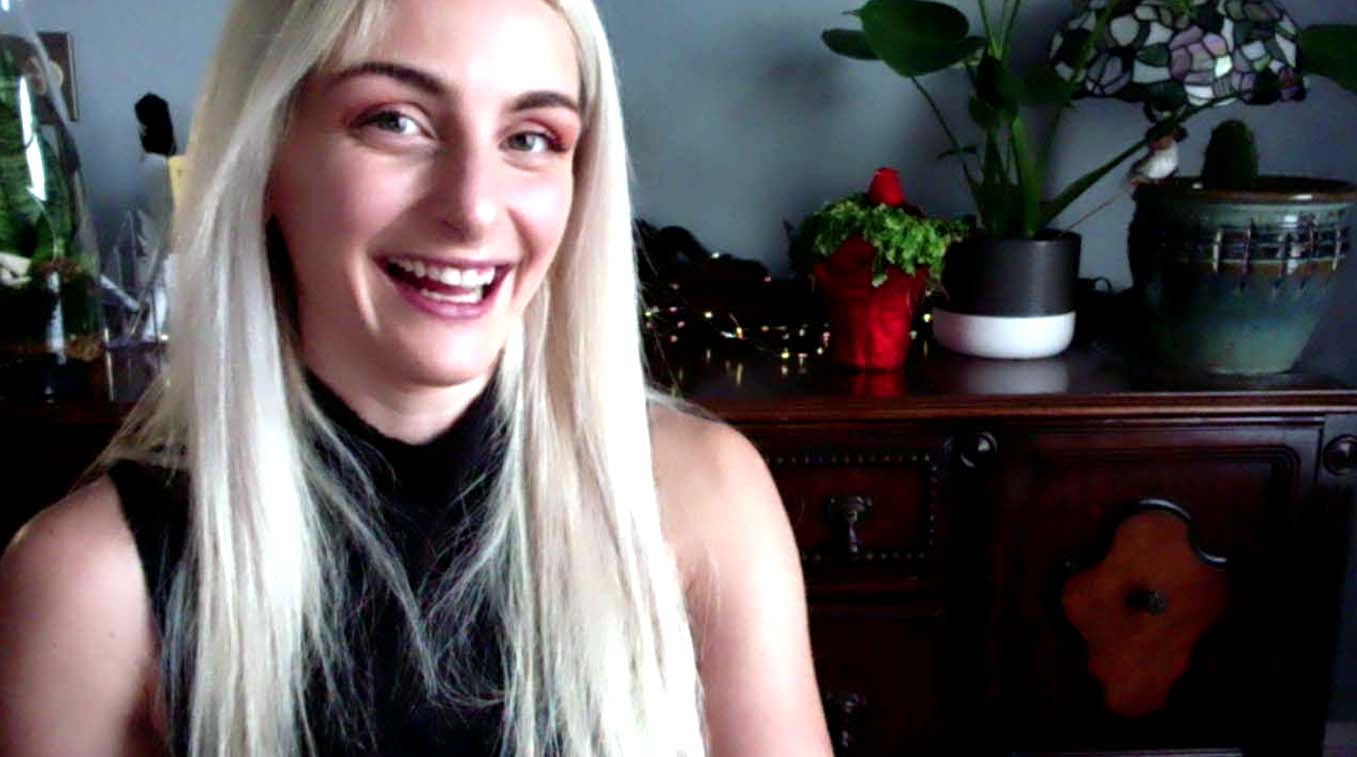 Research Assistant
Kadila Adili is an undergraduate Biological Sciences student at the University of Windsor. She is a lab monitor and research assistant at the Incubator Lab. She currently volunteers at Dr. Porter’s cancer research lab and is a special projects officer for Let’s Talk Science. Kadila is also a co-president for the campus chapter of MusicBox, where she can share her passion for music.

Research Assistant and Lab Technician
Angela Awada is a biochemist that works on fluorescent sensors for the detection of micronutrients. She has attained her Bachelor of Science in Biology and Biochemistry and Master of Science in Chemistry and Biochemistry at the University of Windsor. During her studies she worked on the method developments for the detection of inorganic phosphate and phosphoproteins using fluorescence. Currently, she is the Bioart Technician at the Incubator Lab.
@angelaawada

Graduate Researcher and Teaching Assistant
Ashley Hemmings is a visual artist and gallery worker from Newfoundland and Labrador. She is currently based in Windsor, Ontario where she is working towards her MFA at the University of Windsor. Ashley completed her BFA in Visual Art from Grenfell Campus, Memorial University of Newfoundland. Her research-based art practice has led her to partner with environmental scientists, cognitive psychologists, and horticulturalists, to consider the intersection of many different ways of looking at and interacting with the natural world. Most recently, Ashley has shown her solo project Souvenir Documents at the rOGUE Gallery in St. John's. Ashley has worked at a number of art galleries across Newfoundland including Eastern Edge Gallery, The Grenfell Art Gallery, and The Rooms Provincial Art Gallery.
www.ashleyhemmings.ca
@ash_hemmings

Research Assistant and Coordinator
Domenica Mediati is a Windsor based mixed media artist. She has a Bachelor of Fine Arts in Visual Arts from the University of Windsor and a Master of Fine Arts in Visual Arts from Wayne State University. Domenica’s art practice involves traditional and non-traditional mediums such as microscopy software, printmaking, drawing, and animation software. Domenica uses drawings, soundscapes, digital videos, and microscopy images to create Installations. These Video Installations represent her interest in the subconscious mind and the dream experience. Currently Domenica teaches 3D Animation at St. Clair College in Windsor, Ontario and is a Research Assistant/ Coordinator at INCUBATOR Art Lab.
www.domenicamediati.com
@dombuka 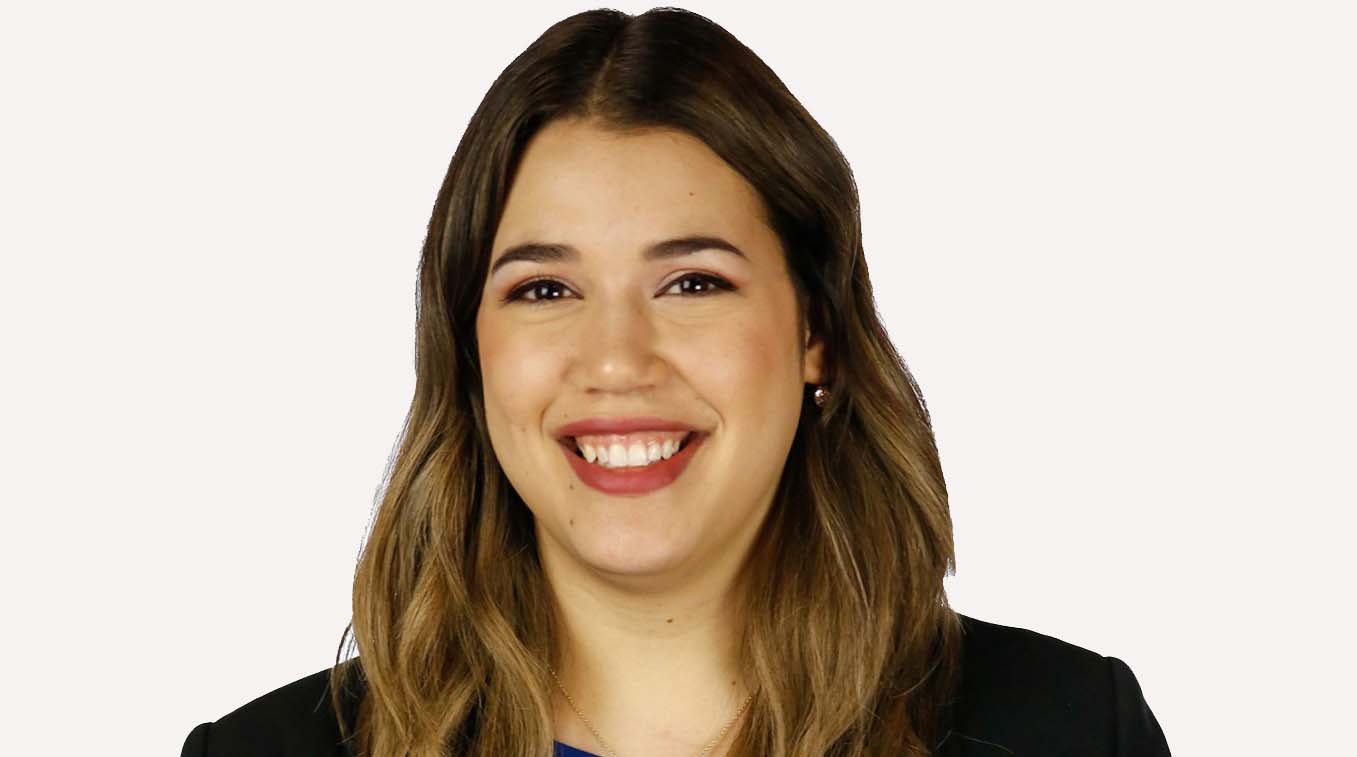 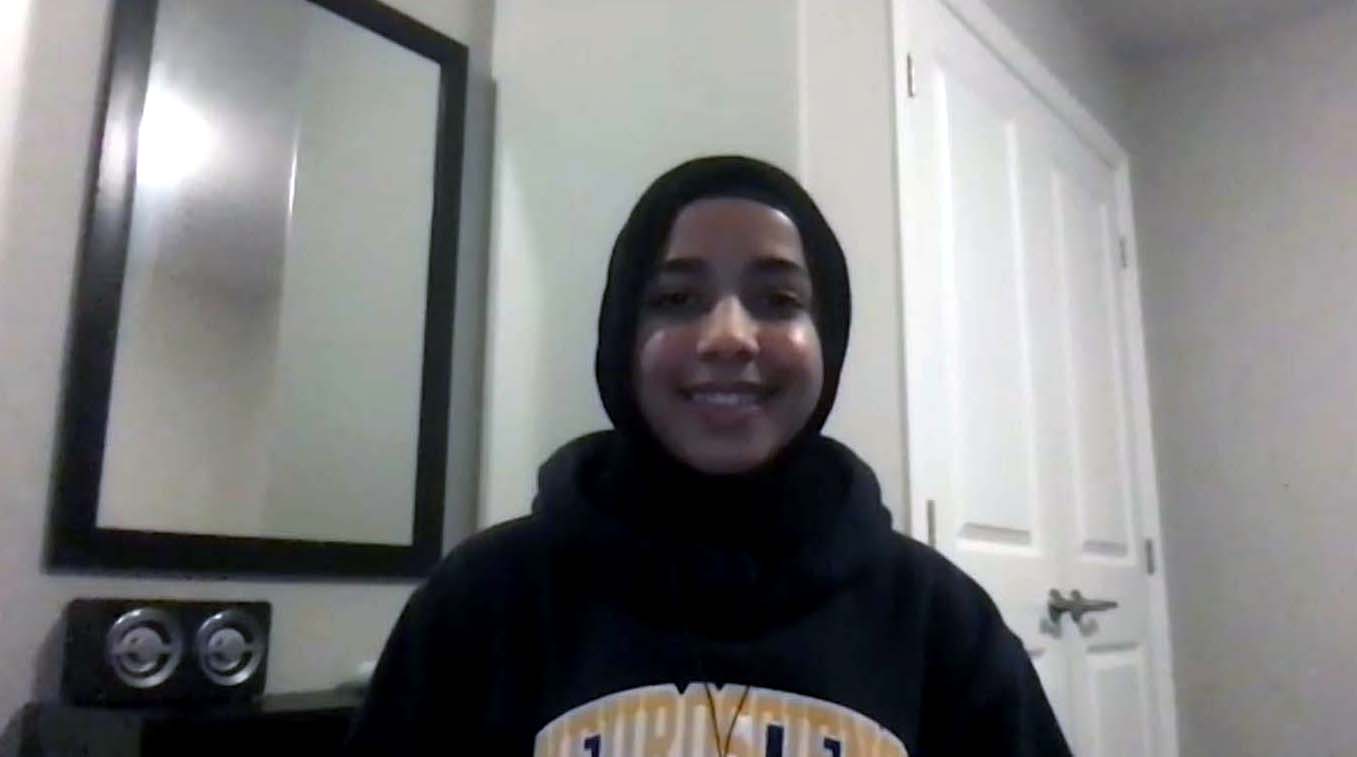 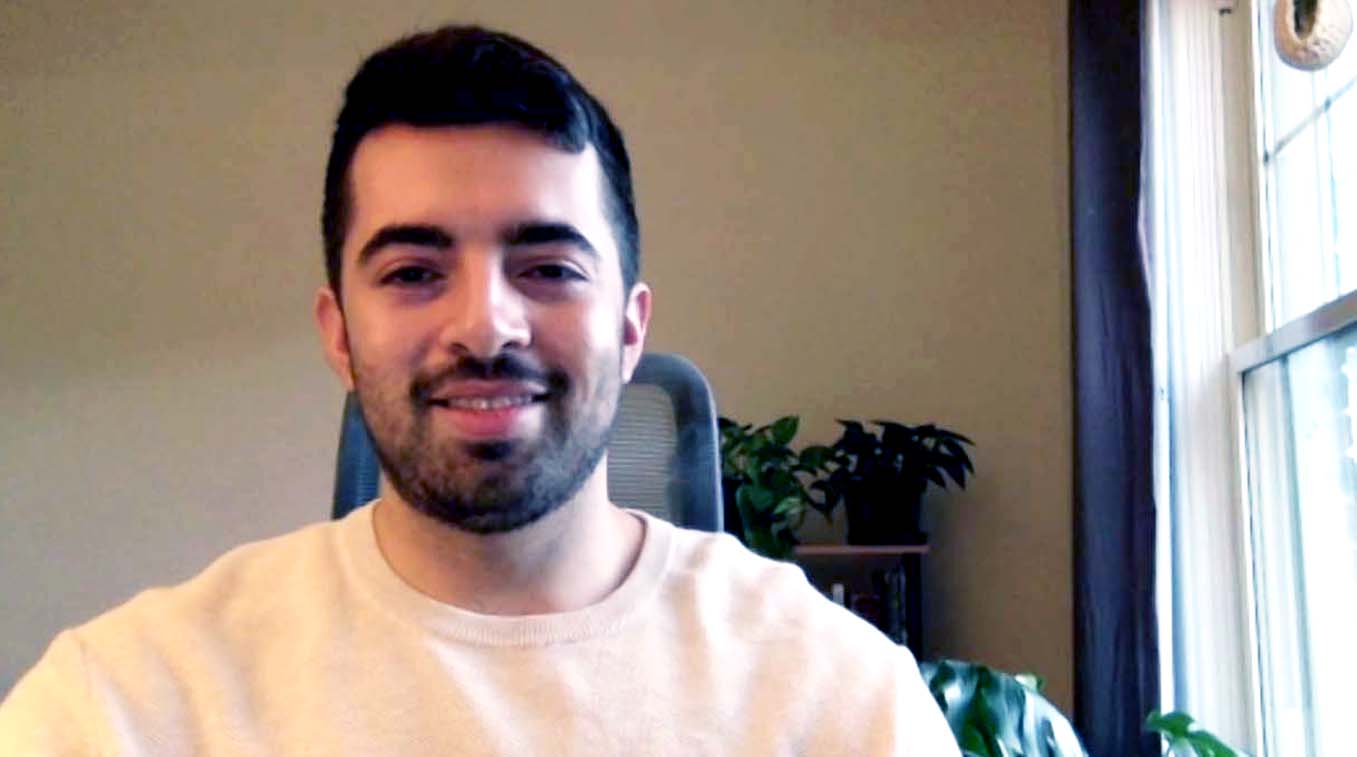 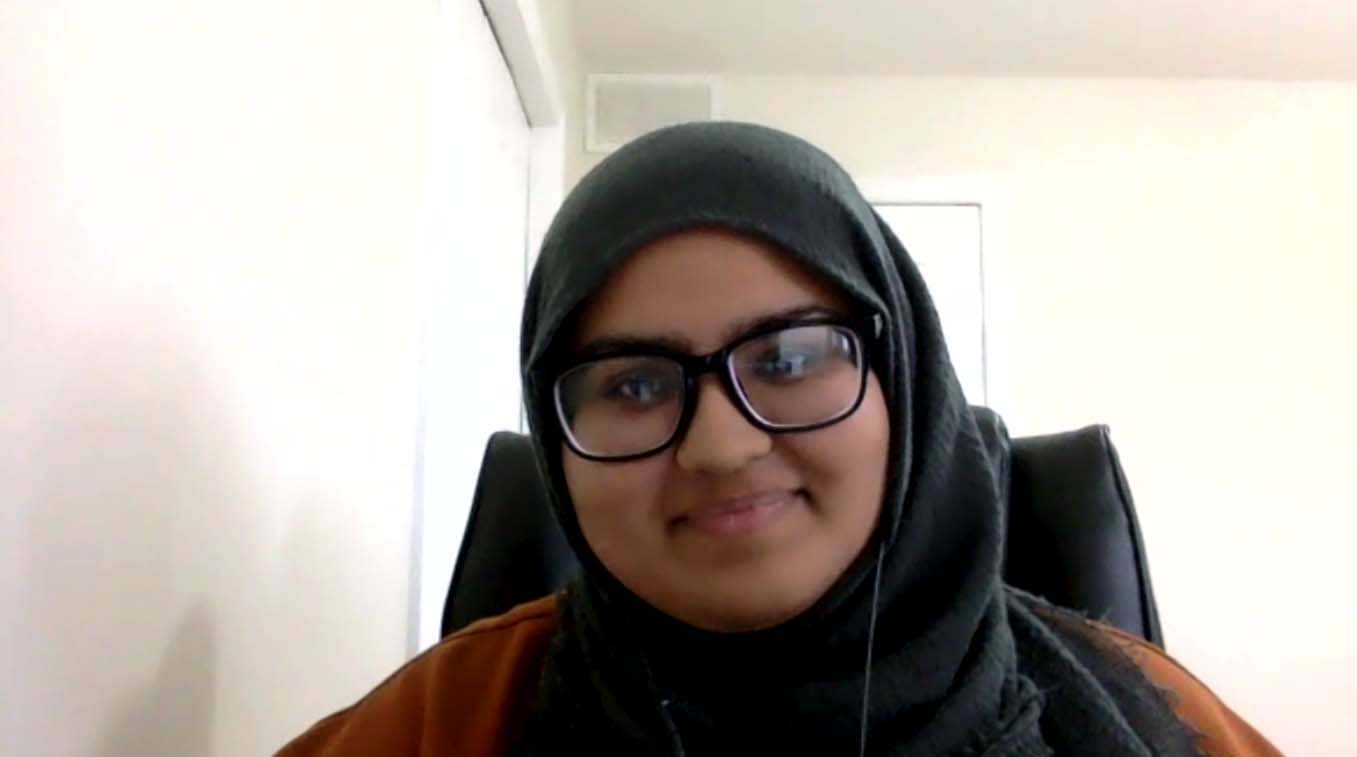 Research Assistant
Hadia Nadeem is a Behaviour, Cognition and Neuroscience student at the University of Windsor. She is currently a research assistant in the Incubator Art Lab. She has previously worked as a research assistant at Dr. Erdodi’s Adult Neuropsychology Laboratory. In 2019, she completed the International Baccalaureate (IB). Hadia has experience working as a French Tutor in Windsor-Essex County. She is also a member of the Share a Smile and Girl Up clubs at the University of Windsor.
@hadia.nad

Graduate Researcher
Nate is an MFA candidate specializing in 3D rendering, 3D printing, VR model design, machine learning, and film. With a background in philosophy focusing on aesthetics and post-structuralism Nate seeks to examine the convergence between technologically-produced simulations and real biological structures. Through the use of new technologies he seeks to deconstruct the artist's role as a medium between nature and the simulacrum.
@nate__talbot

Research Assistant
Aleeza Tariq is a 3rd year Biological Sciences student in the department of Biology. She is a Lab monitor for the BioArt class as well as a research assistant. Previously, she has been involved in many research programs, among which is Insect Ecology and Behaviour lab under Dr. Sherah Vanlaerhoven. She is also part of the Office of Open Learning (OOL) Course Inquiry and Redesign Initiatives under Nick Baker, which focuses on improving first year courses. 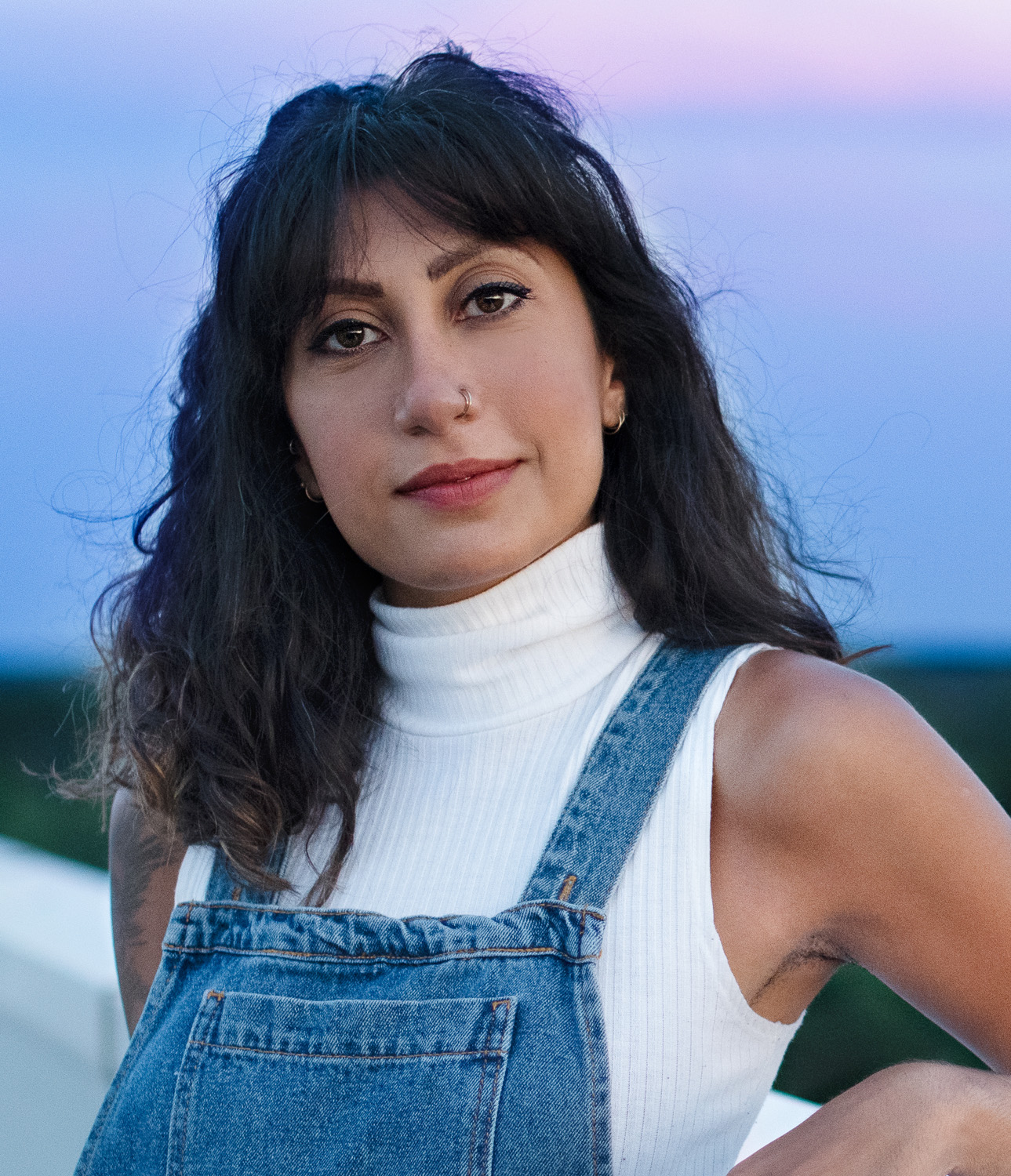 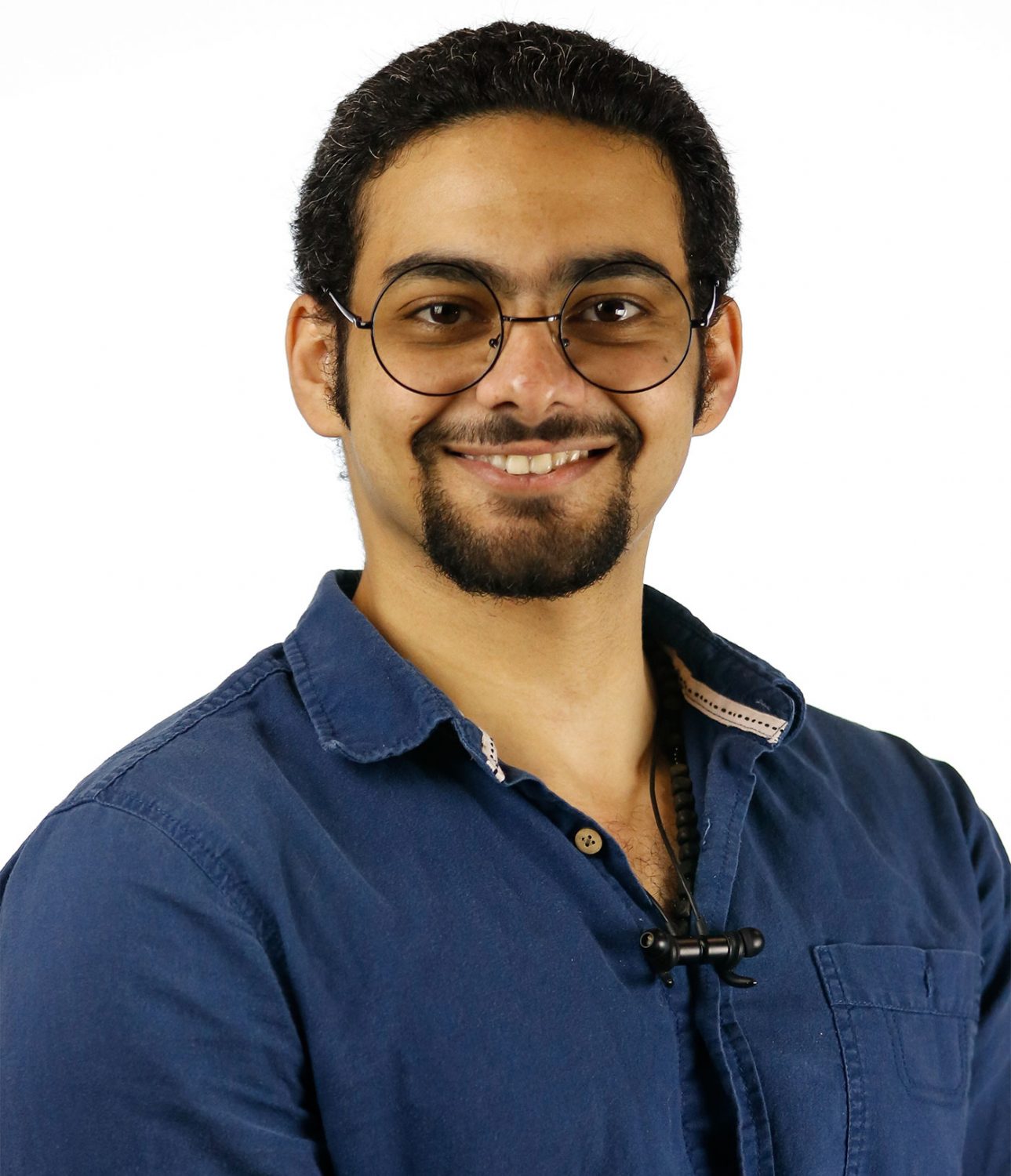 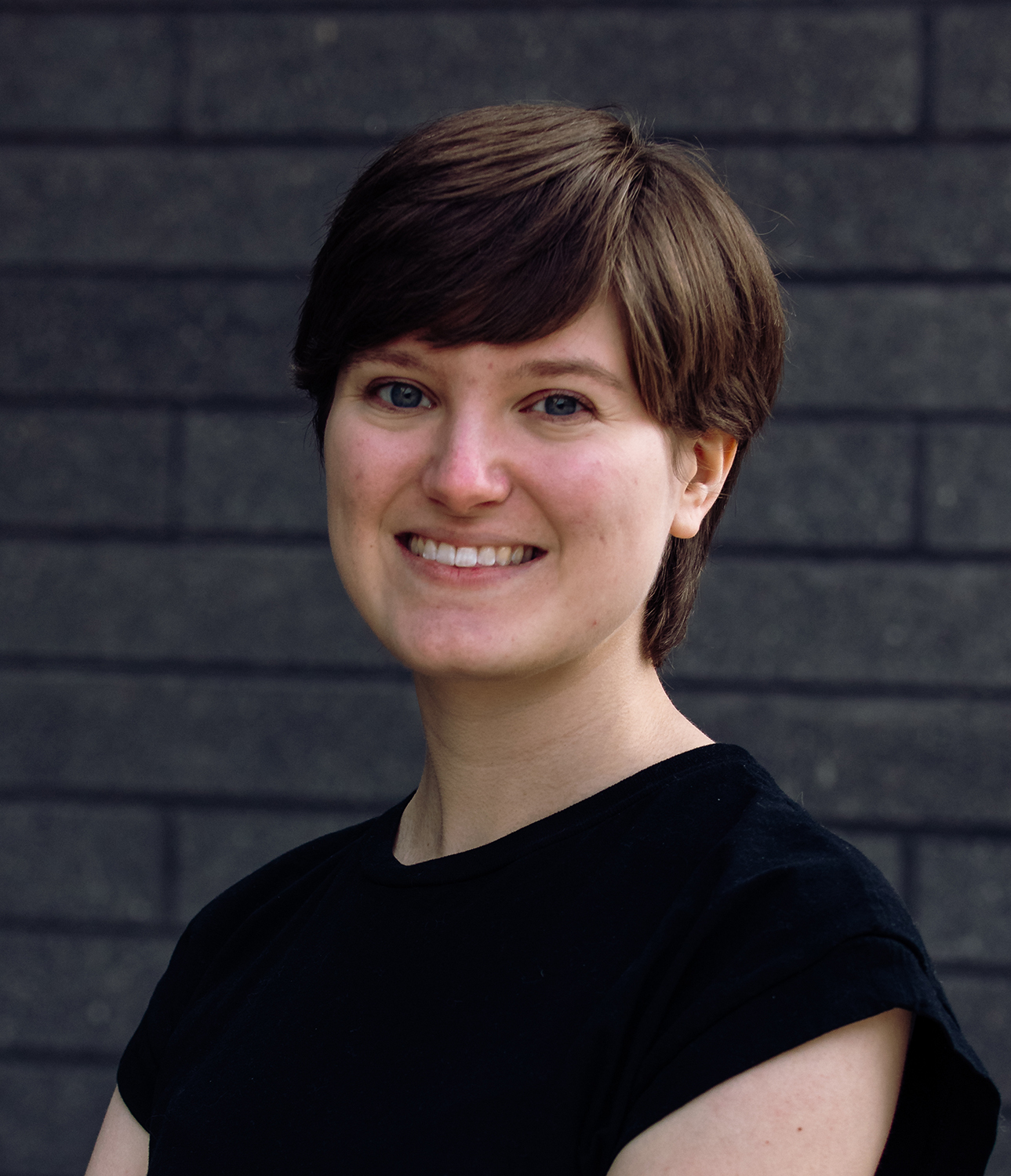 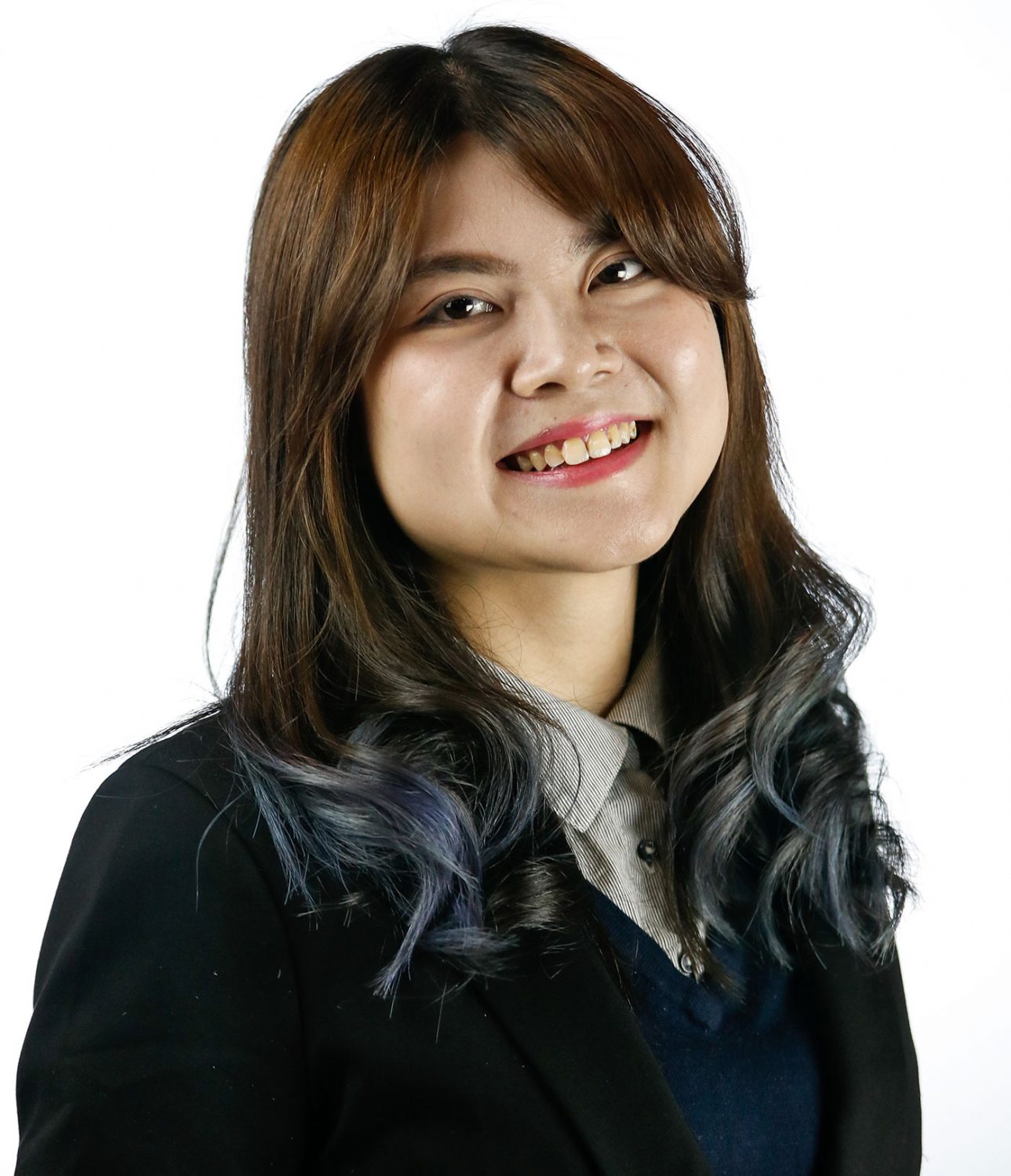 Graduate Researcher
Abu Zaineh is a Palestinian-Canadian multidisciplinary artist and cultural worker. Her practice relies on the use of food and technology to investigate meanings of culture, displacement, diaspora, and belonging. She’s interested in ideals of home and community while working to develop aesthetics rooted in her childhood and upbringing in the Middle East. Abu Zaineh has exhibited her work locally and internationally including: São Luis and Lisbon, Portugal; Mexico City; NYC; Toronto, London, and Windsor, Ontario. She was one of the first artists to participate in a collaborative art-science residency with the Ontario Science Centre and MOCA Toronto (Canada). Abu Zaineh is currently pursuing her PhD in Electronic Arts at Rensselaer Polytechnic Institute in Troy, NY.
www.judeaz.com
@judewheresmycar

Research Coordinator
Philip Habashy is a recent 2018 Biological Sciences graduate with the emphasis in research. Philip is currently a research coordinator and a lab technician working in the BioArt laboratory at the University of Windsor. Philip is also a SMArt (Science Meets Art) member since 2016 and created a collaborative painting called the "Tree of Life" as one of his final year projects. A few of Philip's hobbies are drawing, music, dance to random music in the lab while performing experiments, and heavily exercise to regret it the next day.
@philip_hab

Research Assistant and Lab Monitor
Gillian Hughes is a Behaviour, Cognition, and Neuroscience student at the University of Windsor. She currently works as a research assistant in the Incubator Lab, and specializes in digital illustration and graphic design. She has also coauthored a scientific paper on the olfactory behaviour of Round Gobies in Dr. Zielinski's lab, and is a member of SmART UWindsor and the Avian Taxidermy club

Research Assistant
Lisha Liang is an international student with a combined major of Visual Arts and Biochemistry from China. She is a Research Assistant and Lab Monitor at the INCUBATOR Lab. Liang previously worked in a biochemistry lab focusing on inter-cellular parasite biochemical mechanisms under the supervision of Dr. Sirinart Ananvoranich. She has gained experiences and practices in the field of bio-arts from the BioART course, and developed graphic design skills in Photoshop Adobe from AIESEC Windsor and Windsor CSSA. She is proficient in digital painting in SAI and Sketchbook pro. She is a member of LEAD, an organization hosting orientation and welcome week for first-year students at the University of Windsor. 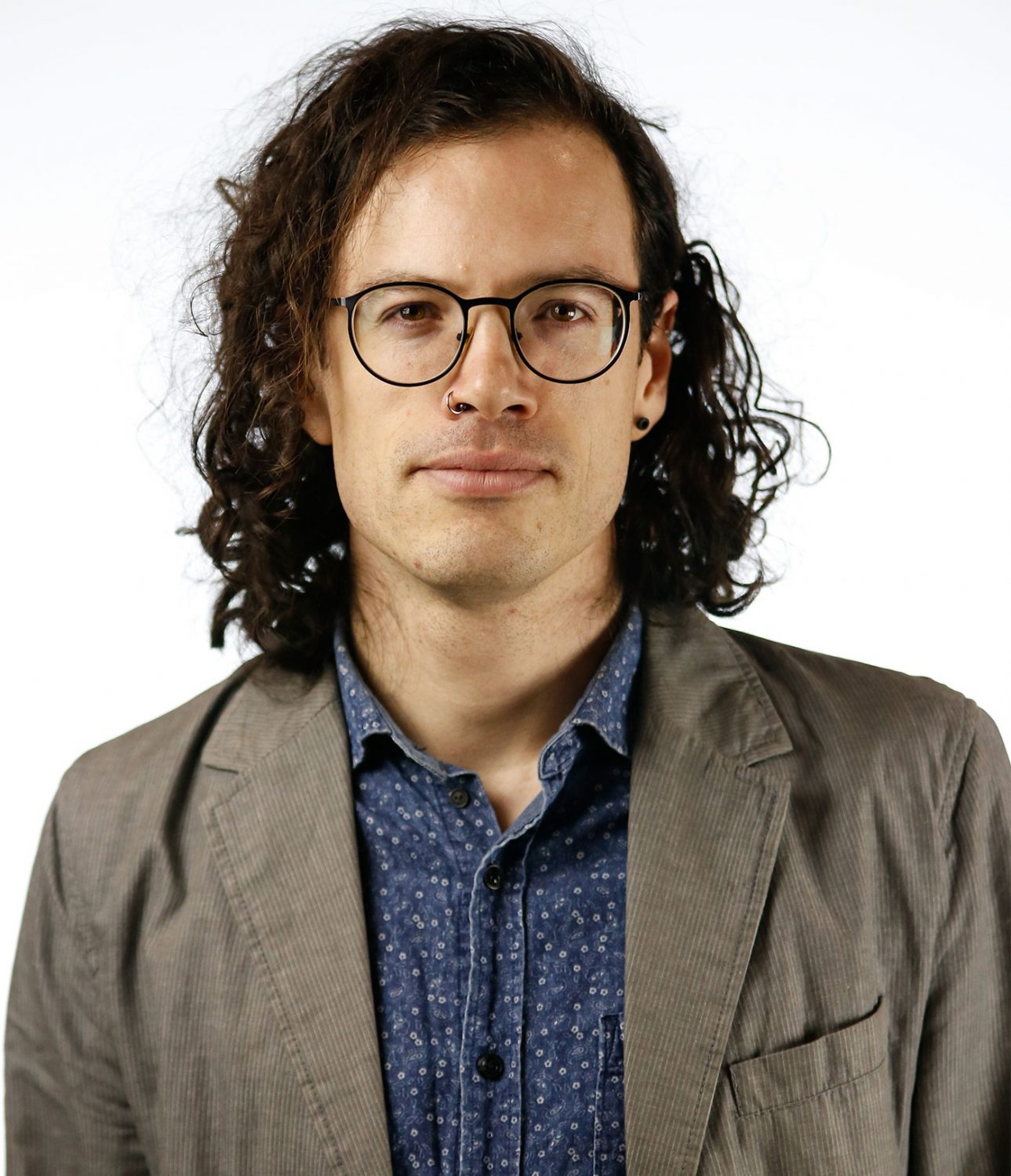 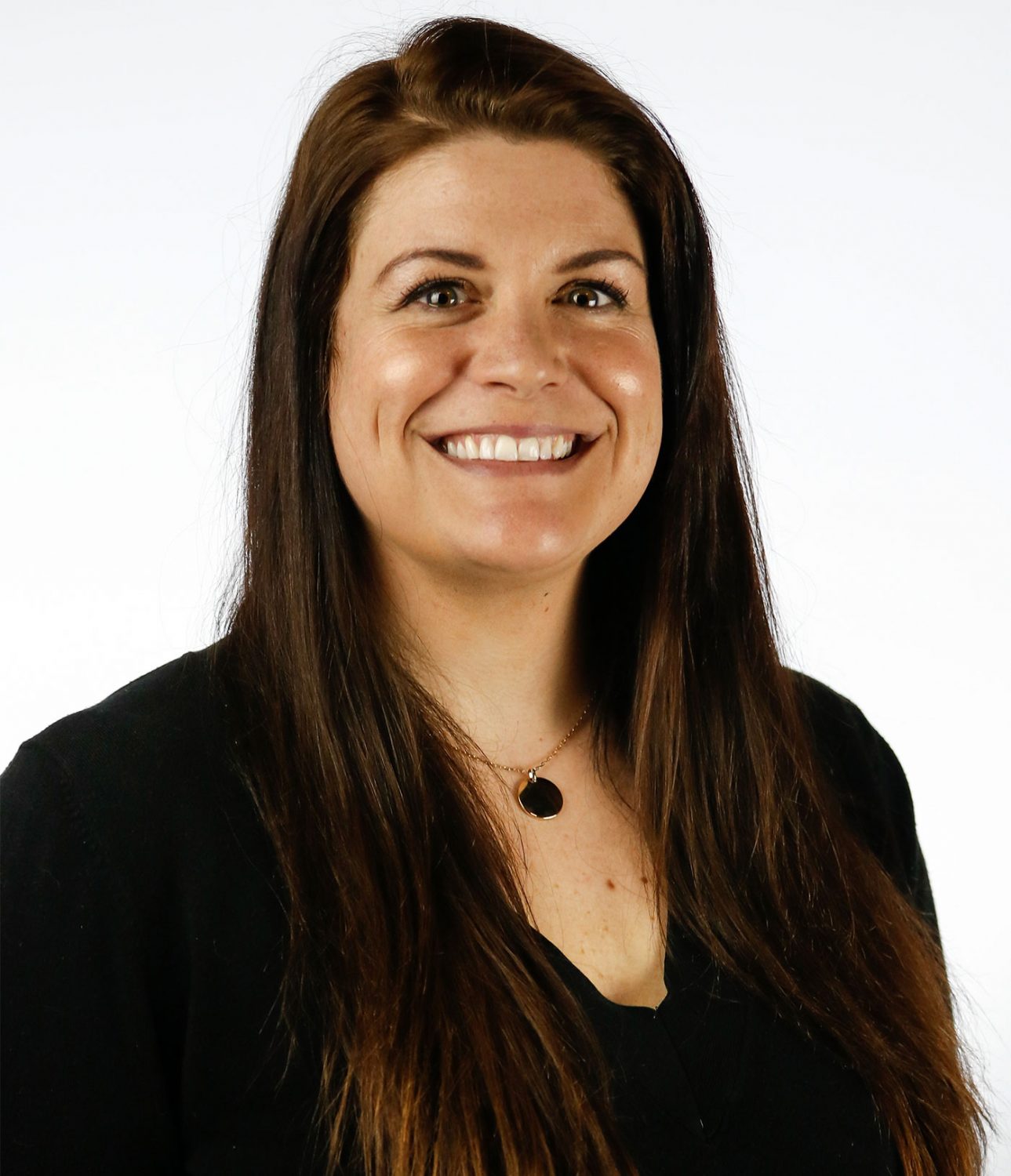 Graduate Teaching Assistant
Lauren Rapp is a photographer, painter and sculptor in her first year as an MFA candidate at the University of Windsor. Her previous work has been included in international publications and in 2015, her work was featured on the cover of The Washington Post magazine. Her current work focuses on painting and subject research.