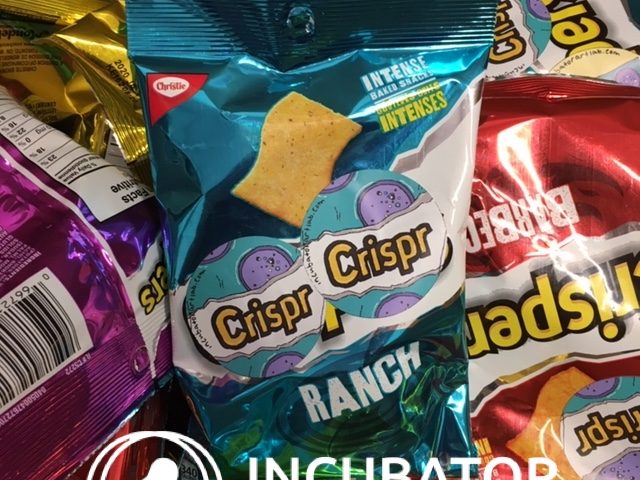 
On Saturday November 2nd, Incubator Lab sponsored a screening of the film Human Nature, directed by Adam Bolt, as a part of the Windsor International Film Festival. Human Nature explores humanity in the age of CRISPR, a targeted gene editing process with a wide variety of applications in biological research, biotechnology, and the treatment of diseases.

In order to augment this event beyond just a film screening, the Incubator team prepared a number of opportunities to engage with the audience further. Dressed up in our lab coats, decorated with buttons and in my case a stuffed toy frog sticking out of my pocket, we greeted visitors to the SoCA building. While visitors waited in line to get into the film, we offered them CRISPR themed buttons and started conversations about CRISPR and their opinions of the process prior to seeing the film. One man got out of line and rejoined it at the back three times just so he could keep talking to us about his thoughts as we worked our way down the line greeting everyone. Upon entering the theatre, visitors were met by more lab coat wearing team member who offered them Crisper brand chips with “CRISPR chip” stickers stuck over the labels, to enjoy during the movie.

After the film, everyone was invited back to the lab to view some real life CRISPR modified organisms, as well as an art installation by Incubator team members Michael Lucenkiw and Domenica Mediati. Visitors were enthusiastic to talk about their opinions of the film and ask our opinions as well as how we use CRISPR in our hybrid art laboratory. As I manned the door to make sure too many people didn’t enter the lab at once a woman told me how struck she was by a little boy at the end of the movie, saying he would not take away his genetic disease if he had the opportunity. Another man asked if the toy frog in my pocket had a name, and if not could he name it. 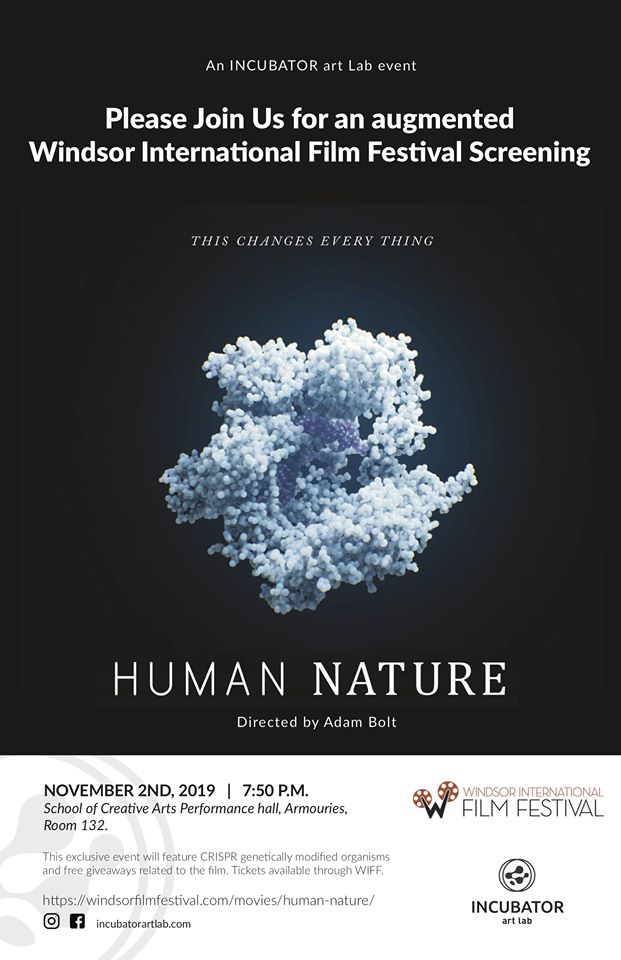 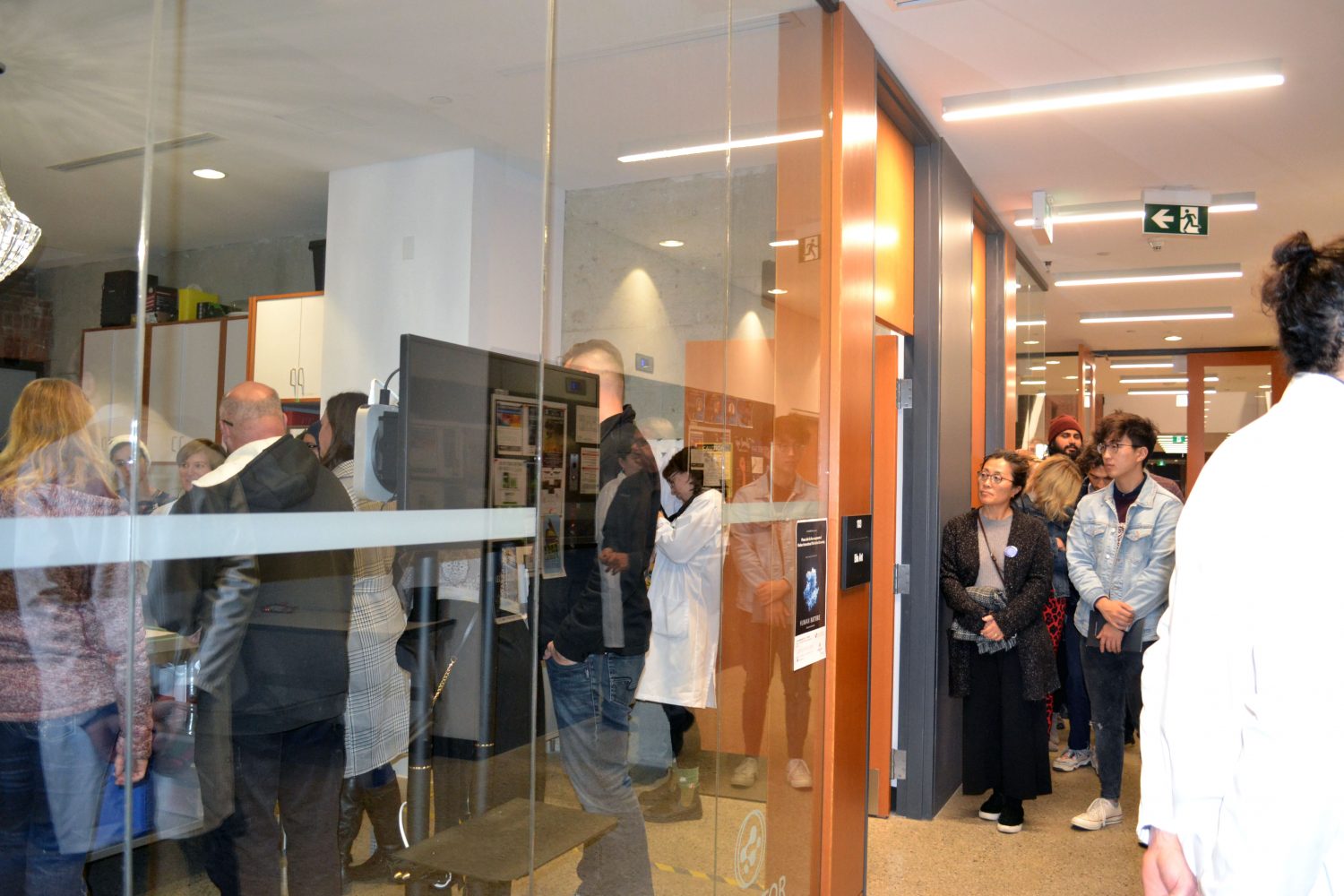 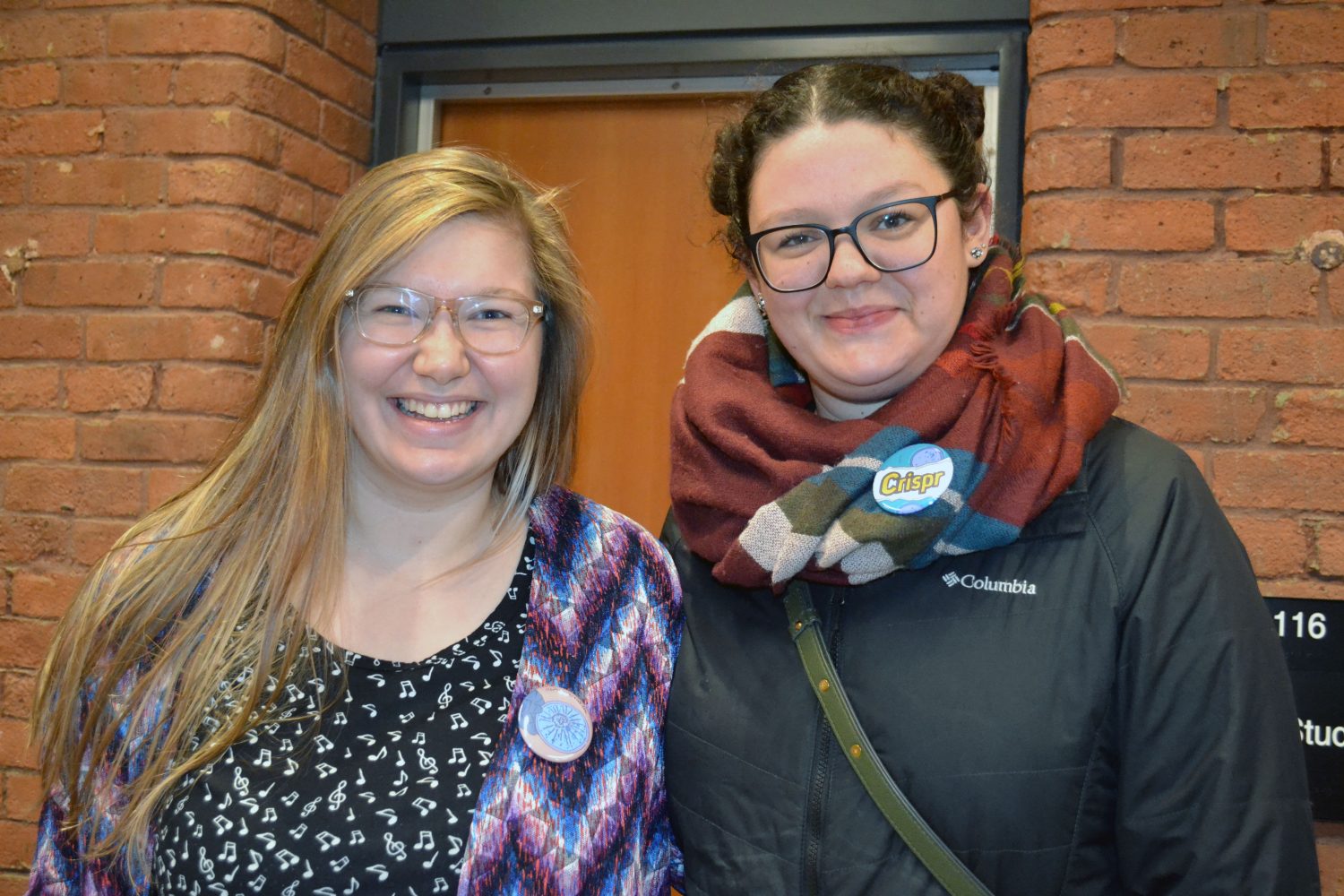 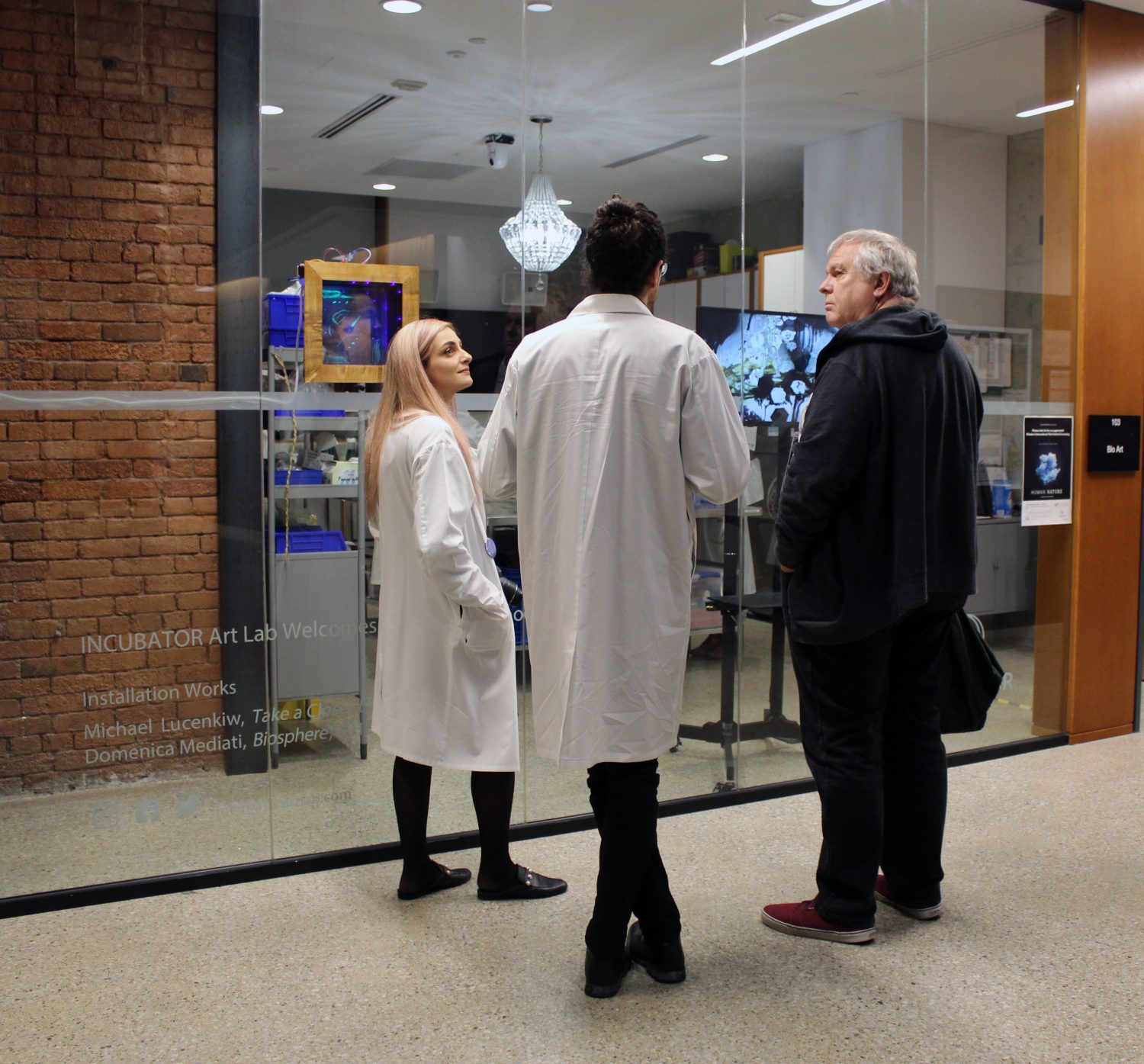