IOTA Institute and the INCUBATOR Art Lab were pleased to present the second in the Bio Art Hangout Kitchen Series; “White Cube, Black Box, Greenhouse,” a lecture and bioart show and tell with curator and scholar Jens Hauser.

Jens Hauser’s research focuses on hybridity and the interaction between art and technology. Jens is currently a researcher at University of Copenhagen’s Medical Museion, following a dual post-doctoral research position at the Faculty of Humanities and the Faculty of Health and Medical Sciences, and coordinates the (OU)VERT network for Greenness Studies. 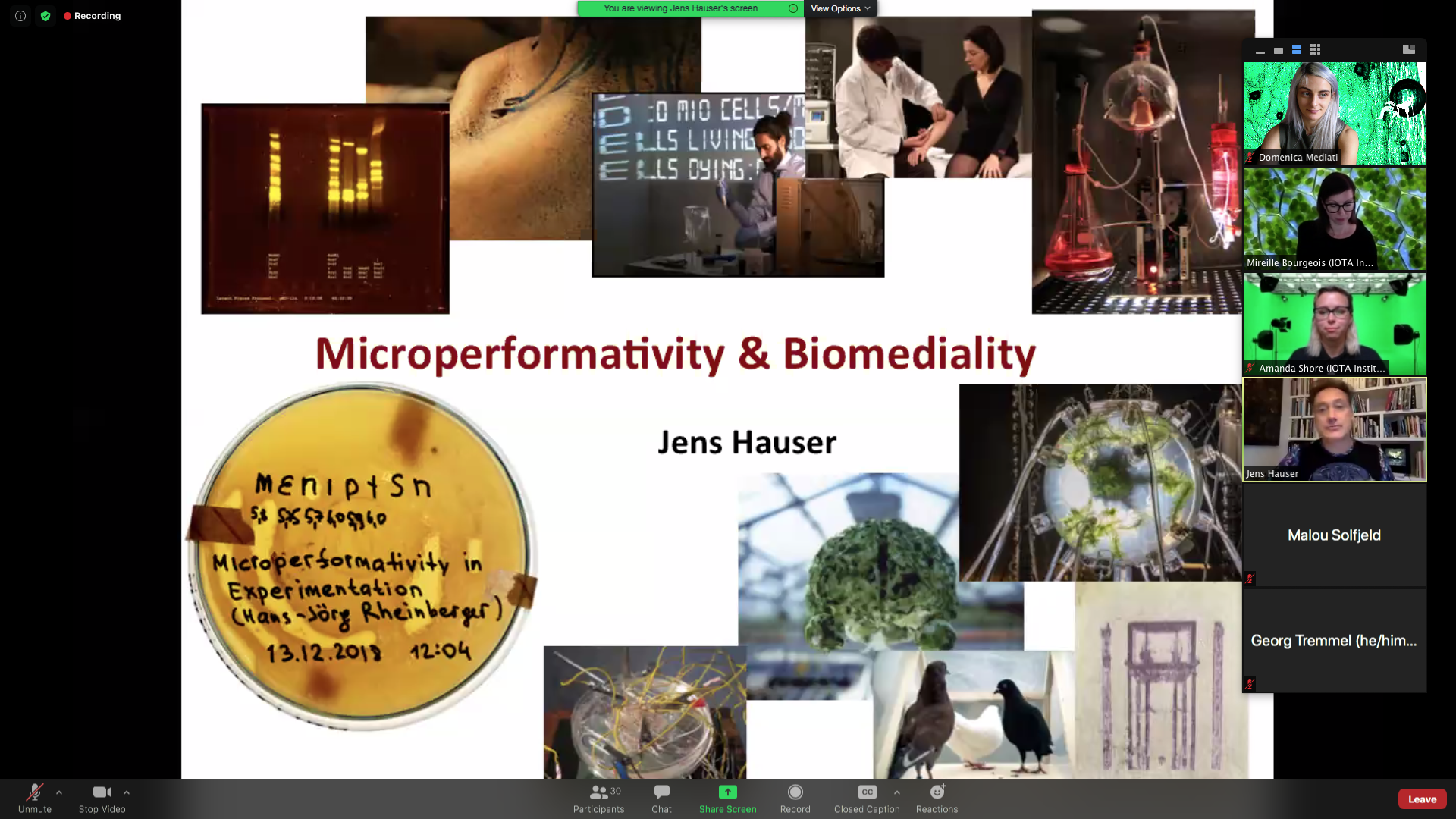 Participants were invited to display a zoom background of what greenness meant to them, as Jens presented on Microperformitivty and Biomediality. Various Bioart works were covered including Yans Massurich’s “Blue Remix”, a performance art piece in which Yans drinks a blue fluid and sweats blue and also Gilberto Esparza’s plant-machine hybrid installations. 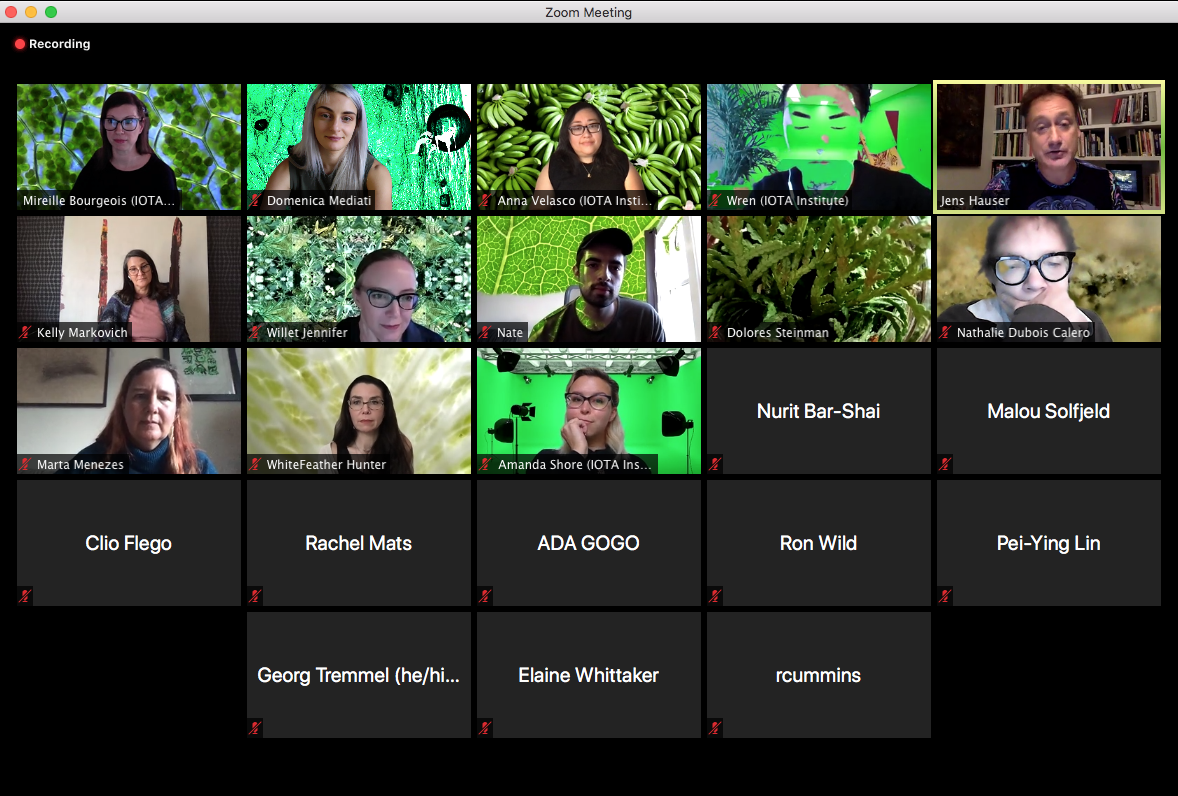 The idea of greenness was explored, primarily as the most anthropocentric colours, as indicating what is ‘natural’. Greenness can also be thought of as a perceptible physical phenomenon, a source of biological agency, a material medium, a semantic construct and an ideology. Jens explained that a plant only appears green because it absorbs all other wavelengths of light except for green. Jens wants to rethink green as natural-- referencing human-made sources of green such as GFP biomarkers, lasers, and traditional sources of green pigment which was as rare as it was toxic.

Among the show-and-tell artworks shown by Jens Hauser was a piece from Brandon “Ballangee’s Malformed Frogs Project”, which was a stained translucent frog manipulated in its development and then suspended in liquid medium. Other pieces in participant’s collections included biodiesel made from human fat, and also two butterflies from Marta De Menezes’ “Nature?” in which she interfered in the development of the wing to etch patterns.

To learn more about the University of Copenhagen and (OU)VERT visit https://ou-vert.ku.dk/